Home
-
About Kenya Power
-
Company Structure
-
Board of Directors Profile

Board of Directors Profile 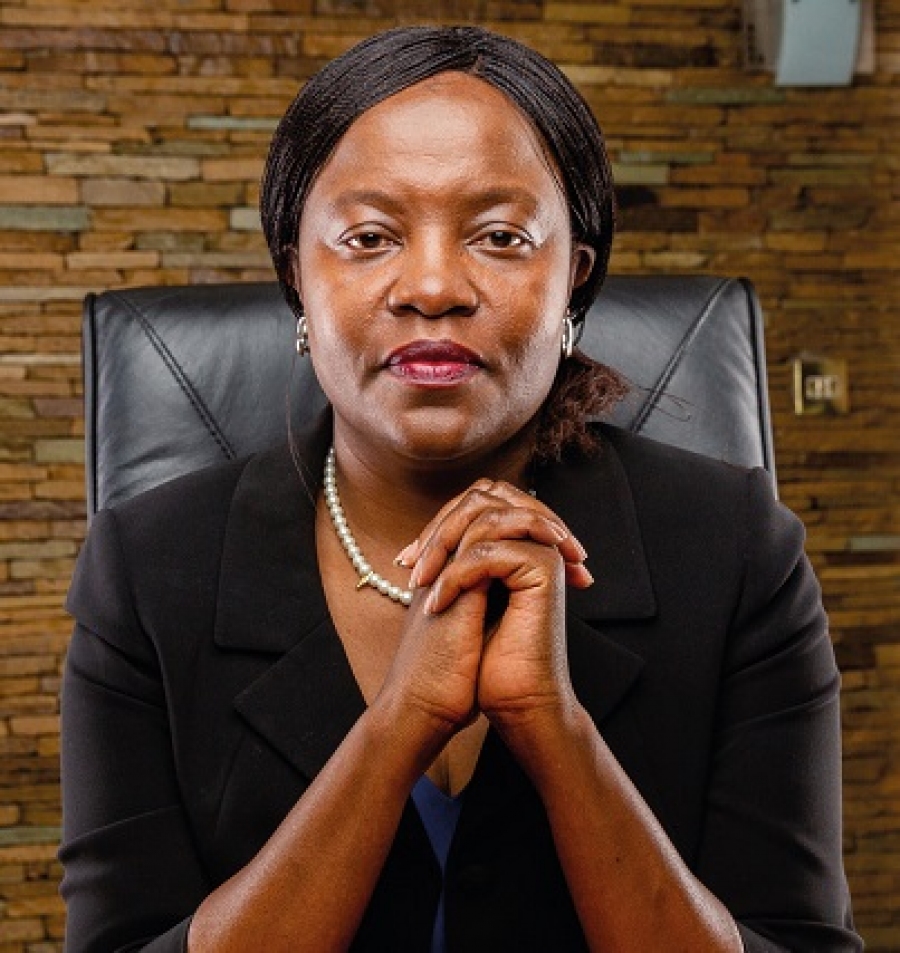 Vivienne Yeda, OGW, LL.B, LL.M, MBA
Chairman of the Board of Directors
Vivienne Yeda was appointed the Chairman of the Board on 13th November 2020. Vivienne is the Director General, East African Development Bank. She holds a Master of Business Administration (ECU), Master of Laws (LLM) from the University College London, and a Bachelor of Laws (LLB Hons.) from the University of Nairobi. She is an expert in Foreign Relations Law, International Economic Law, business operations, and financial transactions in public and private sector operations including project finance and structured finance. Vivienne joined the Board on 20th July 2020. 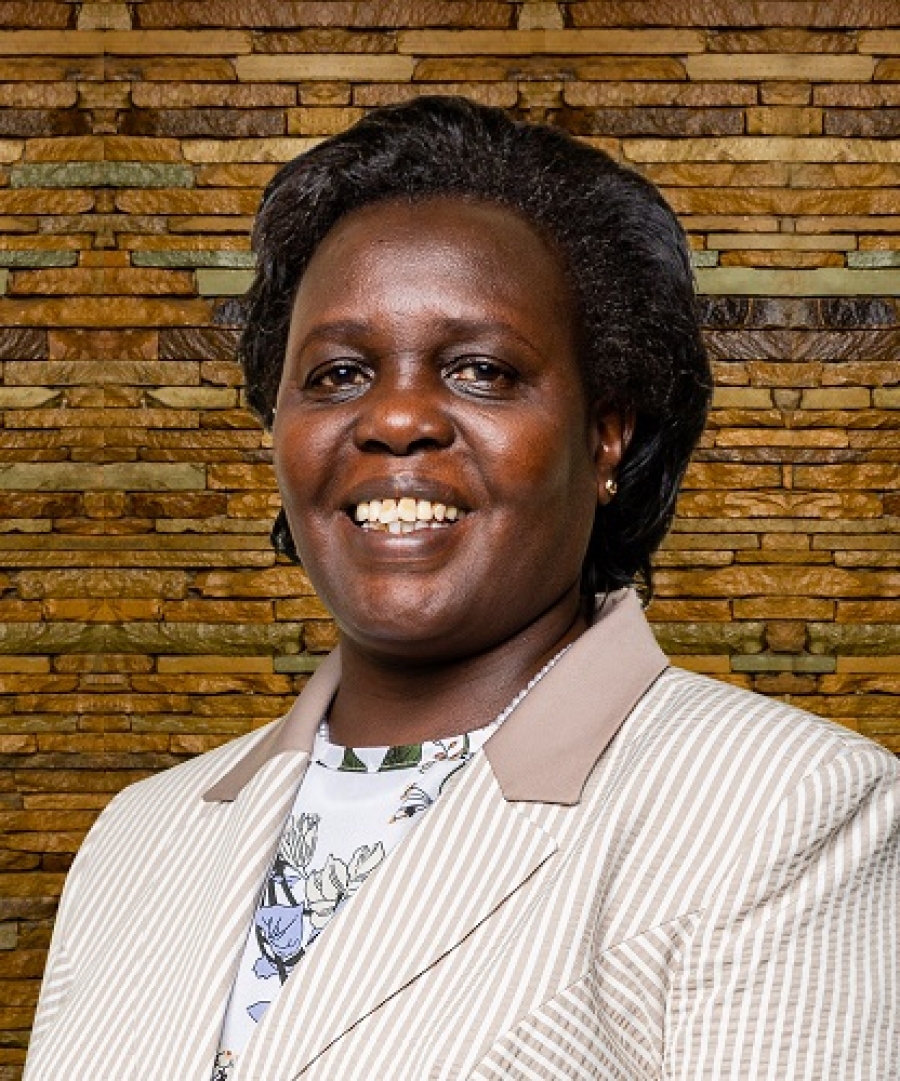 Eng.Oduor, a professional Engineer with the Engineers’ Board of Kenya, has wide experience in power engineering and management, having joined the Company in 1991 and served in various senior positions.

She holds a Bachelor of Technology Degree in Electrical and Communications Technology from Moi University and Master of Business Administration from the University of Nairobi. 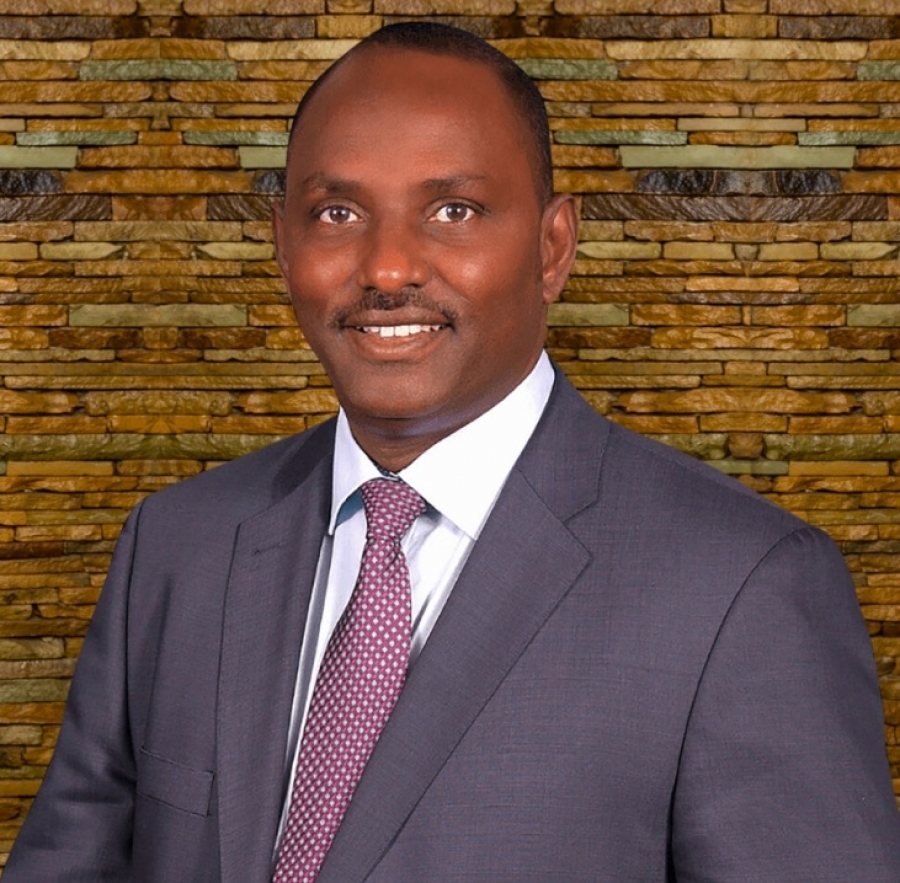 Ambassador Ukur Yatani is the Cabinet Secretary, National Treasury a position he has held since 14th January 2020. Before taking on his current role, he was the Cabinet Secretary for Labour and Social Protection, a position he held for two years. Amb.Yatani has variously served as the pioneer Governor of Marsabit County, Member of Parliament for North Horr constituency and Assistant Minister for Science and Technology. He has also served as Kenya’s Ambassador to Austria with Accreditation to Hungary and Slovakia, and Permanent Representative to the United Nations in Vienna. He has also held senior leadership positions at various diplomatic and international agencies such as: International Atomic Energy Agency (IAEA), United Nations Organization on Drugs and Crimes (UNODC), United Nations Industrial Development Organization (UNIDO), Vice Chairperson of United Nations Convention Against Transnational Organized Crime (UNTOC) and Vice President of Convention on Crime Prevention and Criminal Justice (CCPJ).

He has a Master of Arts in Public Administration and Public Policy from University of York, United Kingdom, and a Bachelor of Arts in Economics, Egerton University, Kenya. Amb.Yatani has more than 28 years’ experience in public administration, politics, diplomacy and governance.

Dr. (Eng.) Joseph Njoroge – Principal Secretary, Ministry of Energy
Dr. Eng. Joseph Njoroge is the Principal Secretary, Ministry of Energy. He previously held the position of Managing Director of Kenya Power between June 2007 and May 2013, when he was appointed to his current position. He holds a Doctor of Philosophy degree, a Master's in Business Administration (MBA) in Strategic Management and a First Class Honours degree in Electrical Engineering from the University of Nairobi. He is a Registered Consulting Engineer, a Chartered Engineer, a Member of the Institution of Engineering & Technology (UK) and a Fellow of the Institution of Engineers of Kenya. He is also a member of the Institute of Directors of Kenya and a trainer in Corporate Governance. He has wide experience in power engineering and management of the power sector. 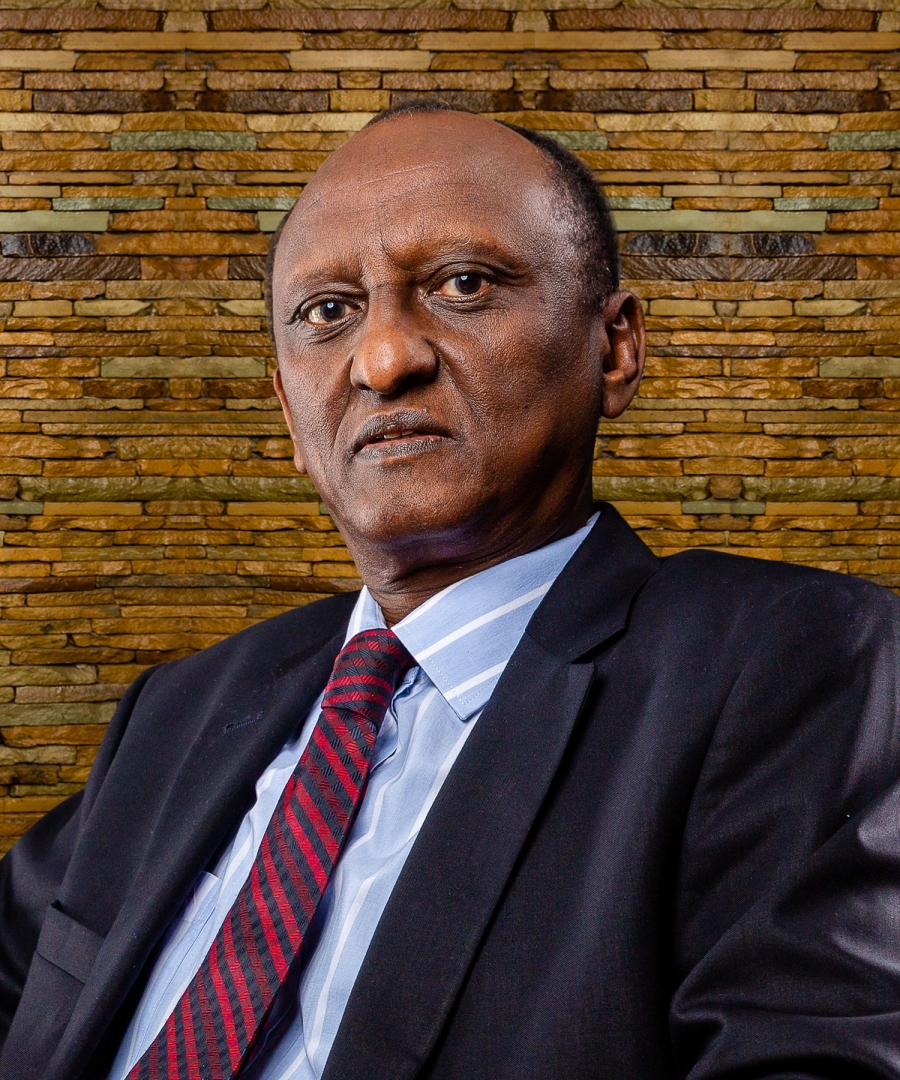 He has over 34 years’ experience in public service having served in the Kenyan Government as a deputy, and chief executive of various state corporations, and later as Permanent Secretary in the ministries of Transport, and Trade.

Eng. Ali is a registered Consulting Engineer with the Engineers Board of Kenya and is a fellow of the Institution of Engineers of Kenya. He is also an associate of the Chartered Institute of Arbitrators (UK). 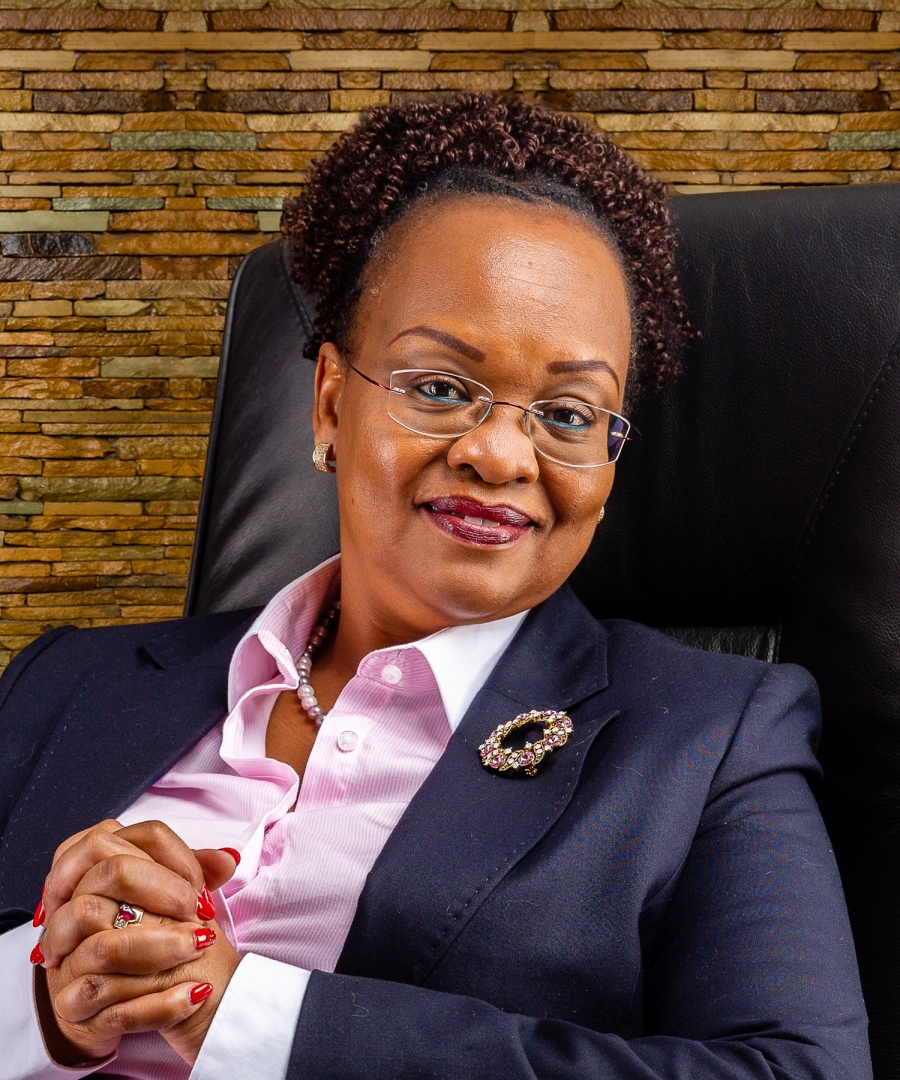 Caroline Kittony-Waiyaki, LLB (Hons), Dip. (Law)
Caroline Kittony-Waiyaki is an Advocate of the High Court of Kenya with a Bachelor of Laws (LLB) degree from the University of East Anglia, and a Post-Graduate Diploma in Law from the Kenya School of Law. She is a Senior Partner at Kittony Waiyaki Advocates and has over 29 years of experience in civil and commercial practice in the areas of Conveyance, Civil and Commercial Practice Intellectual Property, International Corporate Finance and Public Private Partnerships, Project Development, Joint Ventures, Mergers and Acquisitions, Energy law. She is a certified Trustee with CMA. 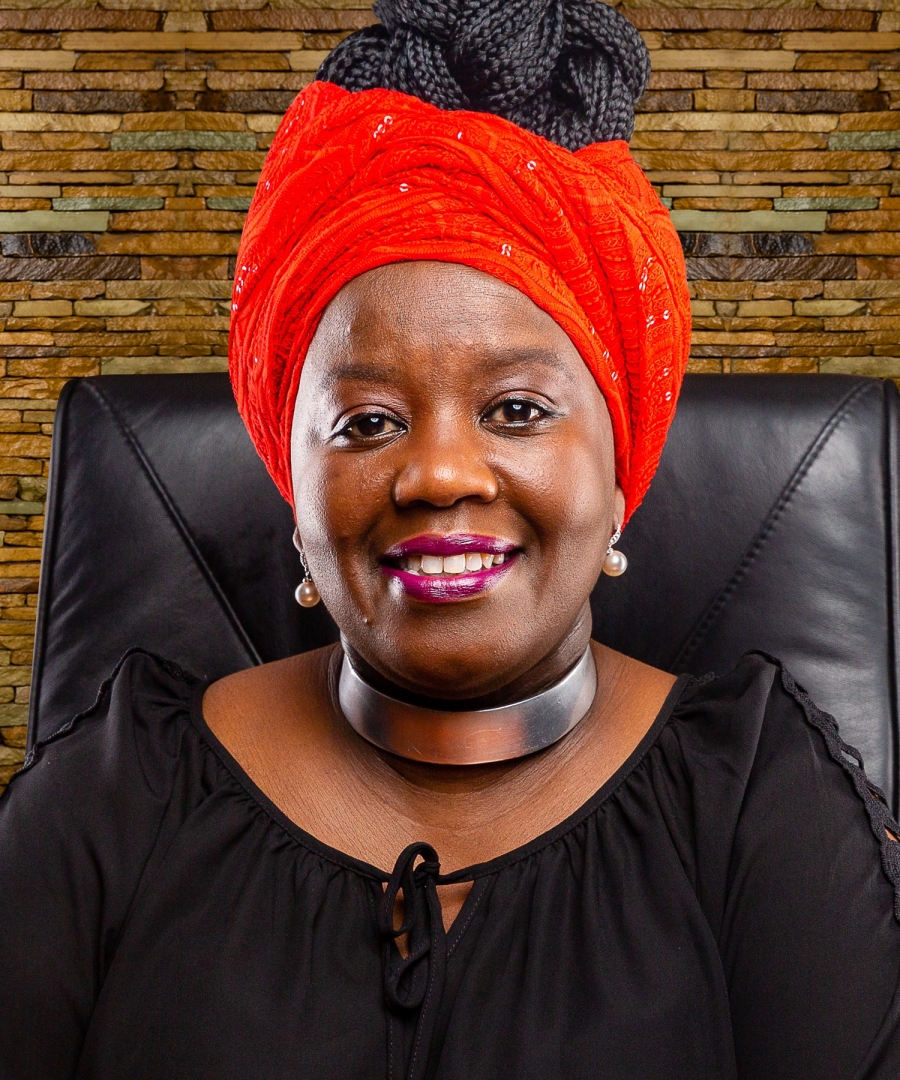 She holds a BSc. from Mount Saint Vincent University, and a Bachelor of Engineering from Dalhousie University both in Halifax, Nova Scotia, Canada. Eng. Rogo was recently appointed the President for the Africa Energy Chamber (East Africa). She joined the Board on 20th July 2020. 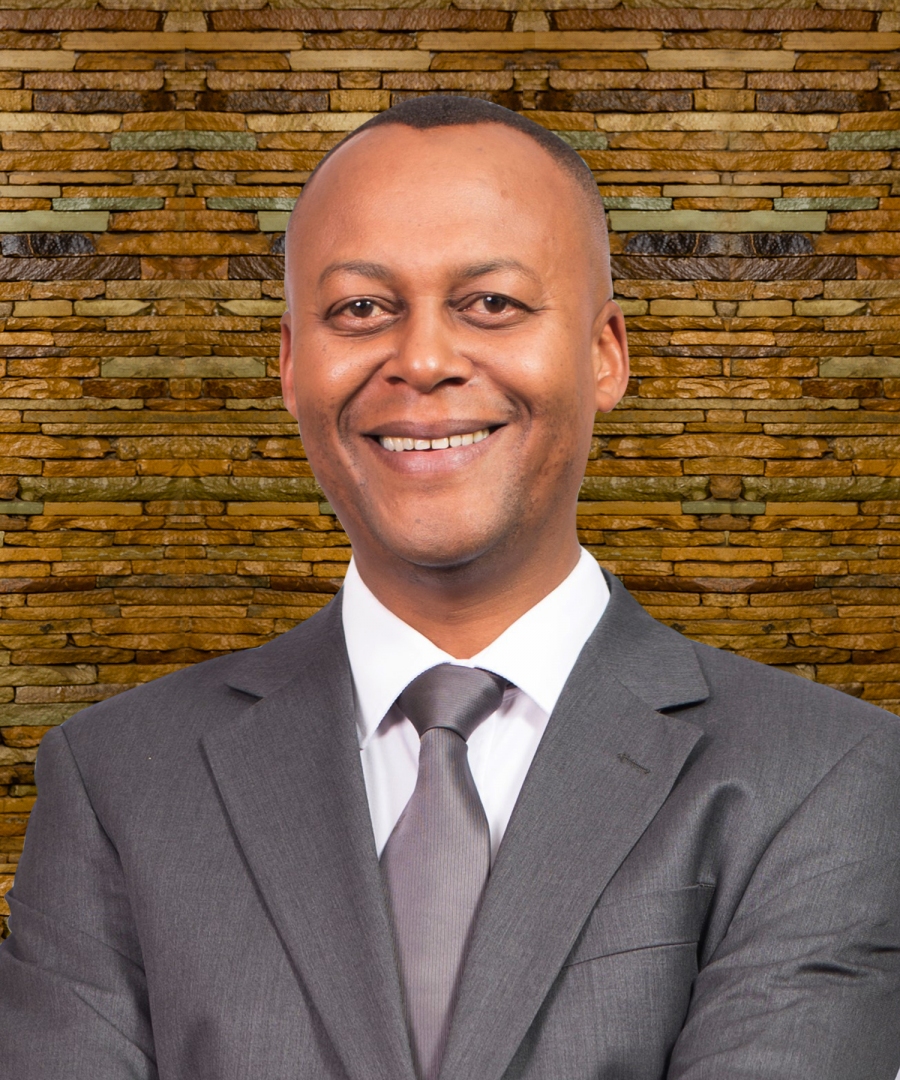 Kairo Thuo, LLB (Hons), CPA (K), CPA (T), ACII
Kairo Thuo is a consultant and founder partner of Viva Africa Consulting LLP and Viva Africa Consulting Limited. Kairo is both a lawyer and accountant by profession. He attended Strathmore University, and the University of Nairobi where he graduated with LLB (Hons), and is a CPA-K and CPA-T holder. He was previously responsible for establishing and running the Tax Transaction Advisory Group at Deloitte and Touche and was the Director of the unit.

Kairo has developed extensive experience in all areas of taxation in Kenya, Uganda, Rwanda and Tanzania and has also been involved in tax matters involving other countries in Africa. His experience covers all areas of legal, finance and taxation, and was also involved in the establishment of specialized tax service lines in direct and indirect taxation including customs, international tax and transfer pricing.

He has conducted numerous tax and legal training seminars in Kenya and Tanzania and specific tax and legal workshops for various clients in Kenya. He was recently recognised by KRA in the annual taxpayers’ awards for his contribution towards tax education, and by the IFC for outstanding tax advice contribution in the Kenya and Uganda Railways concession process. 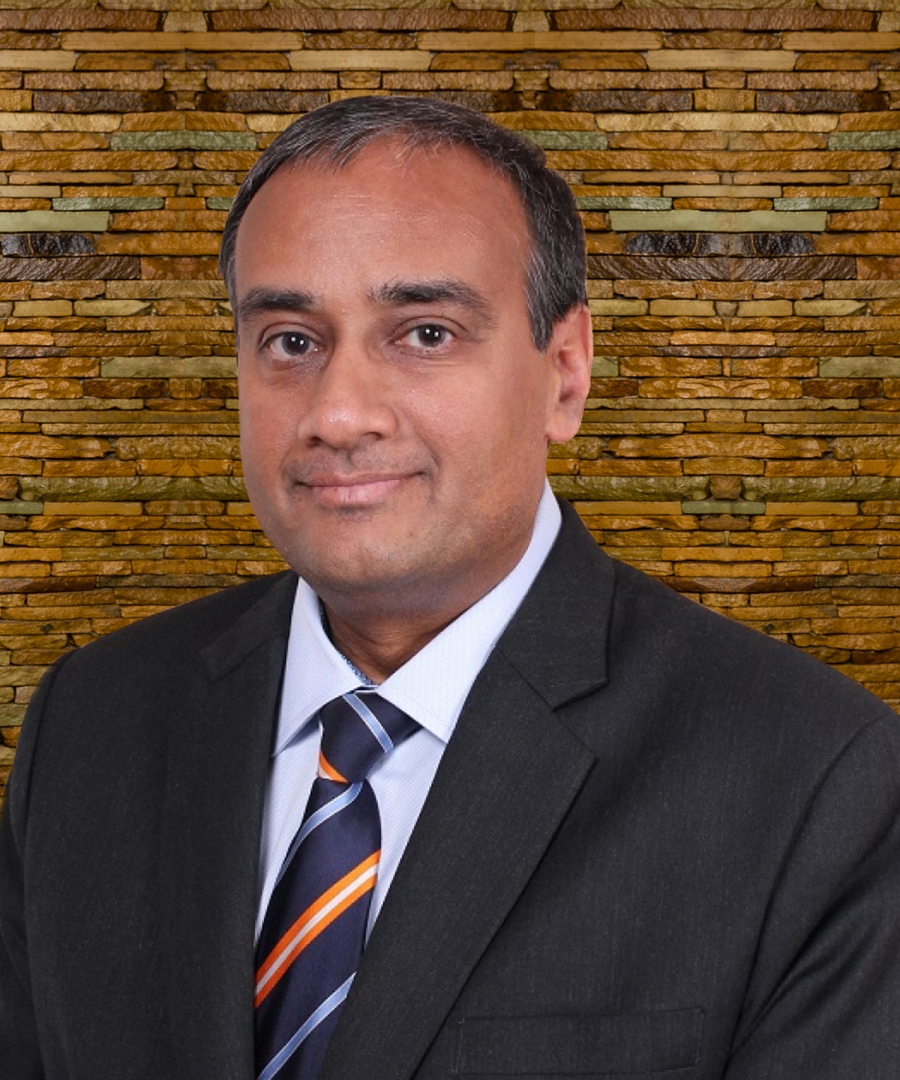 Sachen Gudka, BSc. (Econ.), Chartered Accountant
Sachen Gudka is a graduate in Economics from the London School of Economics, and a Chartered Accountant by profession, having qualified with Price Waterhouse in London.
He is the Chairman, Chief Executive Officer and Director of a diverse group of printing companies in Kenya including Chrome Partners Limited, The Print Exchange Limited, Skanem Interlabels Nairobi Limited, Armor East Africa Imaging Supplies Limited and Flexo World Limited. The group exports printed material to over 15 countries and is an authorized label supplier for major multinational and national companies as well as UK and European retailers.

He is also the immediate former Chairman of the Kenya Association of Manufacturers, and the current Vice Chairman of Comesa Business Council, and Director of the Kenya Private Sector Alliance. He joined the Board on 20th July 2020 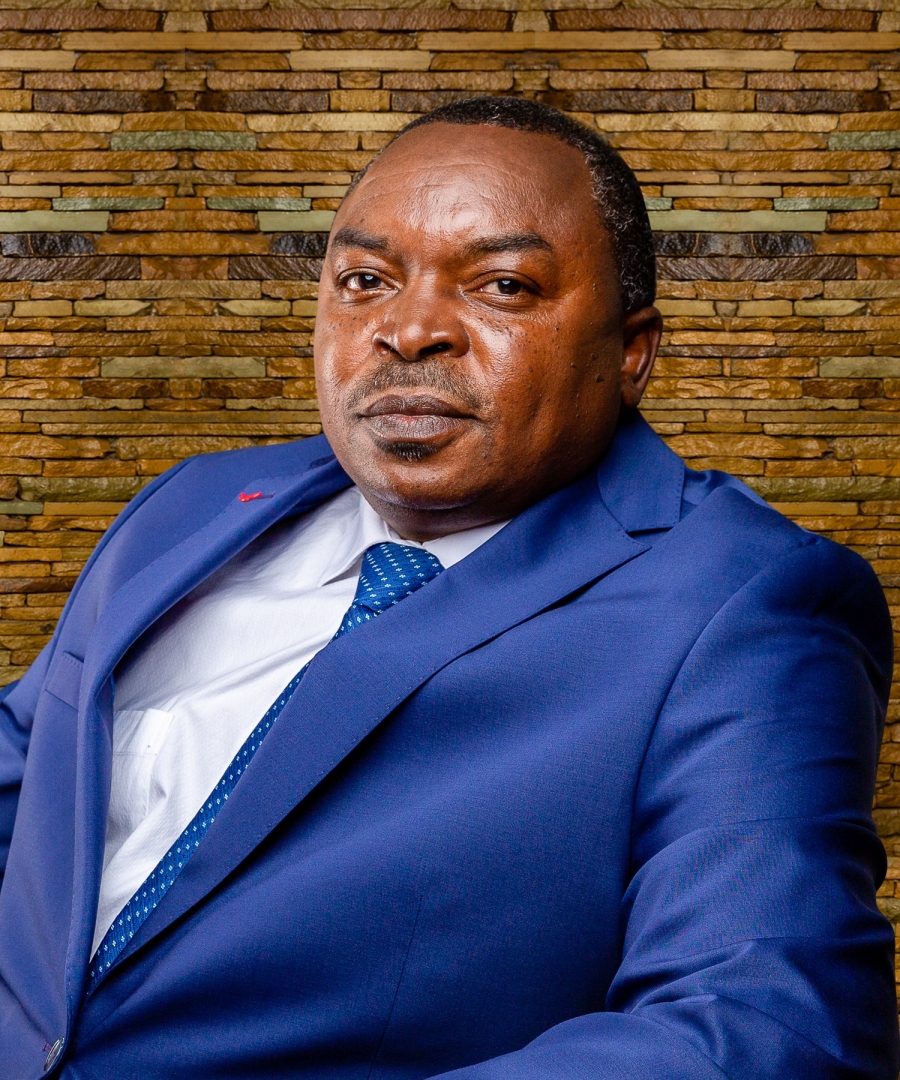 Eng. Isaac Kiva, OGW BSc (Eng.), R. Eng., MIEK
Alternate Director, Ministry of Energy
Eng. Isaac Kiva (50 years) is currently the Secretary for Renewable Energy at the Ministry of Energy. Eng. Kiva has wide experience in public sector management, having held senior government positions for over 20 years. He is a registered Professional Engineer with the Engineers Board of Kenya and a member of the Institution of Engineers of Kenya. He is also a gold member of the Association of Energy Professionals (East Africa). Eng. Kiva joined the Board on 16th December 2009 as an Alternate Director to the Principal Secretary, Ministry of Energy. 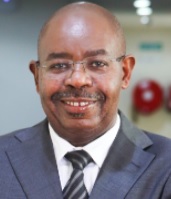 Mr. Humphrey Muhu
Non-Executive Director
Mr. Humphrey Muhu was born in 1964, holds a BSc (Mathematics & Statistics) from Kenyatta University, B. Phil (Economics) and an MA in Economics from the University of Nairobi. He also holds a Diploma in Financial Management from KCA University. He is the Alternate Director to the Cabinet Secretary, National Treasury. Mr. Muhu is an Economist with over 27 years’ experience in various government ministries and departments. 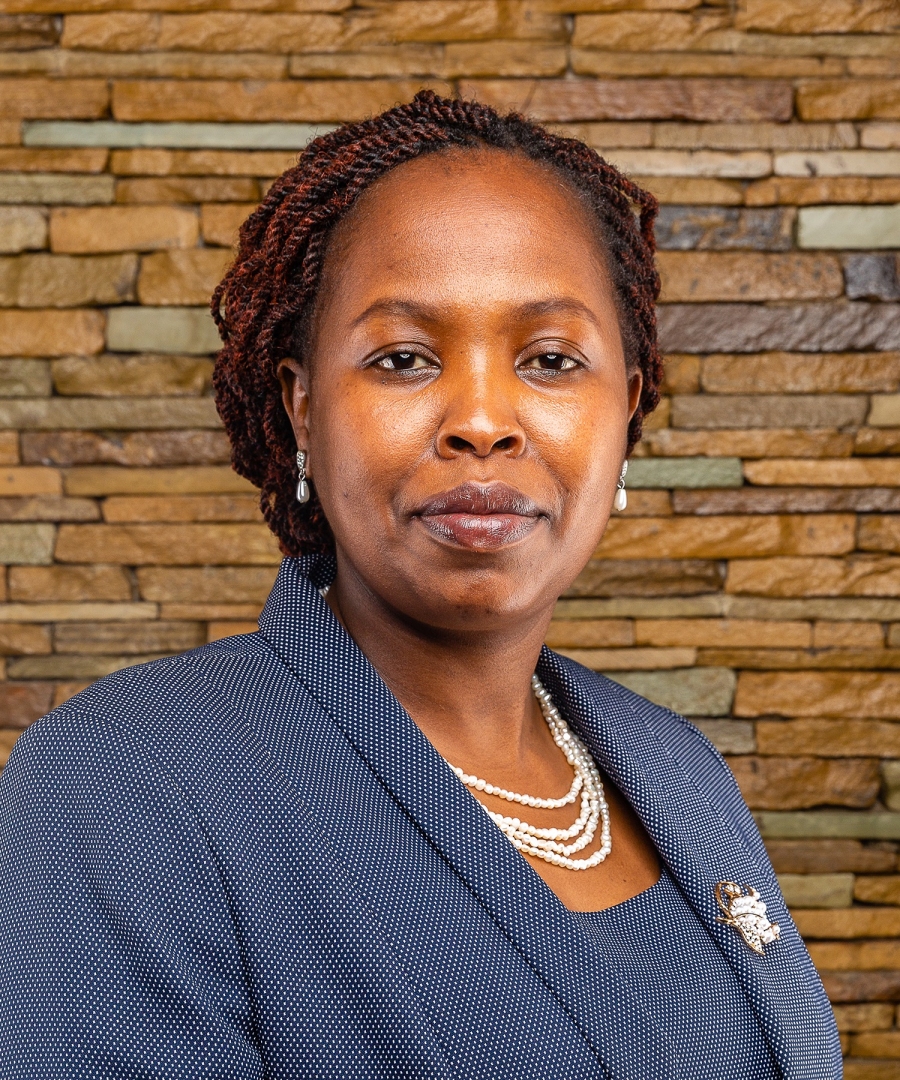 She is an Advocate of the High Court of Kenya with over 15 years post admission experience, a Commissioner for Oaths, and a Notary Public. She is a law graduate from Moi University and the holder of a Masters’ Degree in Law (LLM) (Public Finance) from the University of Nairobi. Additionally, she holds a Diploma in Law from the Kenya School of Law, and a Higher Diploma in Human Resource Management.

Imelda joined Kenya Power in November 2008 having previously worked at the State Law Office as a Litigation Counsel. She is an active member of the Law Society of Kenya, a Certified Public Secretary (ICPS (K)) and an associate member of the Chartered Institute of Arbitrators.

A board manual and charter exists as reference guides for directors of the Company. Both expound and explain the collective and individual powers, duties, obligations and responsibities of the Directors. They also highlight the requirements of good governance which are necessary to keep the level of standards of the Company up to international practice.